Specialization
Development of urban and architectural projects requires a specialization in which the studio focuses specifically on: respect for the surrounding area, keeping in mind criteria for sustainability , architectural design giving priority to criteria of passive architecture – eco design, design for improving accessibility, the use of new technologies and renewable energy sources applied to architecture (domotics and geothermal projects), special attention is paid to the needs of each individual program – citizens’ participation from a social point of view by way of an innovative methodology of citizens’ participation. 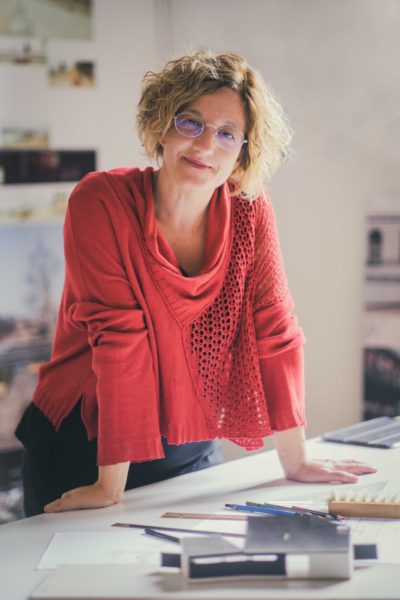 The office
Since 2008, the studio –lola domènech arquitecta– has been considered as an approved team by the Barcelona City Hall, thanks to the design of urban spaces en the Ciutat Vella district. (the historical center of the city)
The professional career of the studio has been recognized by various awards and publications.
The studio has also worked for public and private promoters in the development of architectural, public spaces and interior design projects, starting at their initial phases up through construction. In order to execute such projects, the study relies on its multidisciplinary team consisting of professional architects who work in close collaboration with external teams specializing in structures, installations, topography, geotechnology, engineering, agronomy, archeology, and programs with citizens’ participation.